By the time your philosopher reaches graduate school, she/he will have a false idea that absolutely no one cares about what they are studying. Usually, this attitude comes about after repeated shut-downs from people they care about and/or members of the community who ask them the dreaded question, “So what do you do?” (glazed-over eyes and subject changes—very uncomfortable).
Perhaps you were the instigator of a shut-down philosopher without even realizing you were doing so. Remember, philosophers are extremely sensitive in this area.
Working against this attitude can sometimes be tricky, because philosophers have their defenses up. Once you can get your philosopher to move past this attitude, they will (1) share (very excitedly) all of the interesting philosophy stuff they are working on or reading with you and (2) they will feel like you care about them and think that philosophy is important.
How can you get your philosopher to open up?
One of the easiest ways to do this is to ask your philosopher questions.
Now, I know you’re thinking that these questions will have to be super-sophisticated questions about this philosophy-stuff, but they really don’t. Philosophers LOVE to talk about philosophy. Really.  They also understand that you know nothing about philosophy and will be so surprised and excited if you even ask them a very simple question about their work. They do not have the same expectations for you that they do for their philosophy peers.
Here are some questions that I’ve found work pretty well on my philosopher:
1.       1. What are some of the more interesting things you are learning about and/or teaching in your philosophy classes?
2.       2. Who do you think is the most influential philosopher of all time? Why?
3.       3. What does [philosophical term you’ve heard them mention] mean?
4.       4. Do you have any current research projects? What are they?
5.       5. [Go to your philosopher’s library. Pick up one of their books]. What is this book about? Do you agree with her/him?
When your philosopher is answering these questions, she/he will be inspecting you very closely for signs of boredom, glazed-over eyes, and disinterest. Either pay attention when they answer or really try hard to pretend (only try this in darkness). Any sign of glazed-over eyes will just shut them down again.
If you listen carefully to your philosopher when she/he shares things with you, then you can begin to ask them more specific questions about their work, which will make them even happier.
~The Philosiologist~
Posted by katie at 08:08 17 comments:

What Really is this Philosophy Stuff?: Lesson 1, A Very, Very, Very Brief History

One of the most important things that you must understand a bit about to understand your philosopher better is the history of philosophy. It is a very long and arduous history, but I have super-condensed it for you, thanks to my own understanding of the field and Wikipedia (don’t judge).
Note to philosophers, I may forget to include your field, your favorite philosopher, or one of your favorite concepts. You may feel that I have mischaracterized your type of philosophy. This is a very brief summary, so please just relax. Use this as a chance to explain your non-philosophy partner/spouse/relative/friend/etc. where your field fits in and how it relates in history. Please use short sentences.
Philosophy has a very long history, dating back to the prehistoric period. Men and women used to outline logic proofs with mammoth blood on cave walls (P≠~P, etc).
Ok, not really [“Stop trying to be cute, and stop trying make this interesting!”]. Most people believe that Western philosophy began around c. 600 with the pre-Socratics (an un-original way of saying, “those guys before Socrates, who, by the way, is pretty famous”).  The pre-Socratics were followed by famous guys like Socrates, Plato, and Aristotle. These guys together make up a type of philosophy usually called Ancient Philosophy.
Ancient philosophy is a sexy philosophy, obviously, because, really, who is not impressed by a philosopher who has to learn ancient Greek and Latin and then peppers their everyday conversation with cool words like eudemonia (“human flourishing”). Example:  “I wish I had a little more eudemonia  in my life, man.”
There are other forms of ancient philosophy in Middle Eastern and Chinese and other regions of the world, but most of your philosophers probably never run across most of this stuff, because Western schools focus mostly on Western philosophy. If you would like to make your philosopher uncomfortable, try mentioning this. They will most likely try to change the subject—very quickly.
After Ancient philosophy comes Medieval philosophy (around c. 400 and lasted until the Renaissance). Guys that did Medieval philosophy usually integrated theology and philosophy and also dabbled in metaphysics (which has to do with being or existence—instead of asking “what time is it,” a metaphysician might ask “What is time?” etc).  Philosophy of logic was also a focus. Famous philosophers during this time period are people like Augustine of Hippo and Thomas Aquinas.
Next comes the realm of Renaissance philosophy. In this time period, philosophy moved from metaphysics to morality and cool, mystical stuff. Classical philosophy came back into vogue, but it was mixed with crazy things like astrology and metallurgy.  There were some pretty cool people working on political philosophy and moral philosophy at this time, too, people like Montaigne and Machiavelli.
Moving on to Early Modern philosophy. The 1600s came and with it came the Enlightenment, which brought focus on the natural world. Philosophers started working with systems and science. Instead of using religion as a base, science became the base. Famous philosophers at this time were Descartes, Hobbes, Leibniz (like the delicious cookies you can find at Kroger stores everywhere!), Locke, Berkeley, Hume, and Kant. Whoa! It was basically a philosophical-explosion.
Note, if you are related to a Kantian (someone who studies Kant), then you have probably been told that this is where philosophy really begins . . . and ends. Whatev. Kant is pretty dang hard, so give your partner some credit for being crazy enough to work with him, but don’t let them get away with thinking that philosophy really begins and ends here. You know better now. End Note.
19th Century philosophy is very important for you to know something about, as you can usually tell what type of philosopher yours is by who they align themselves with. There are two camps of philosophy that developed during this time period: Continental and Analytic. The first camp is the Continental philosophers, known as the German Idealists—Hegel, Schopenhauer, Nietzsche, and Freud. The second group is the Analytic philosophers, known as the British Empiricists—Mill and Frege.  Some, like Marx, can be adopted by either Continental or Analytic philosophers. Your philosopher will classify her/himself as either a Continental or Analytic philosopher, and be very disturbed if you place them in the wrong category. Please feel free to use this information to your advantage when at philosophy parties.
Finally, we made it to 20th Century philosophy! The Continental and Analytic traditions are even farther apart than before. Philosophy is so specialized now that your philosopher could be anything. Here are some of the popular types of philosophy studied today: Philosophy of Religion, Metaphysics, Epistemology, Philosophy of Language, American Philosophy, Philosophy of Mind, Philosophy of Mind, Ethics, Social and Political Philosophy, Environmental Ethics, Metaethics, Logic, Feminist Philosophy, Philosophy of Race and Ethnicity, Philosophy of Mathematics, Animal and Food Ethics, Philosophy of Law, Latin American Philosophy. Etc, etc, etc.
Blah, blah, blah. Ask your philosopher where they fit in. See their eyes light up as they talk about it. Read the Wikipedia article on philosophy. Your philosopher will feel appreciated if you try to learn something about their field.
~The Philosiologist~
Posted by katie at 10:57 10 comments:

Being related in any way to a philosopher can be a very rewarding experience. Philosophers tend to ask good questions and contribute wealth of knowledge to conversation in general; they are hard-workers; they often develop an interest or two outside of their philosophy work (because it's so blasted hard). Most people run into problems with philosophers in several main ways: (1) a general misunderstanding of what philosophers are trying to say, (2) feeling attacked all the time, (3) being completely uninterested in their philosopher's work and not knowing how to communicate this while also communicating that they love their philosopher, (4) understanding what is so bloody important about philosophy anyway, and (5) showing them that it's safe come out of philosophy-world sometimes.

I have only been around my philosopher for five years (in April), but these are some lessons that I hope will aid you in understanding your philosopher.

If you have any suggestions for blog topics or questions about your philosopher, please send me an email.

~The Philosiologist
Posted by katie at 14:57 10 comments: 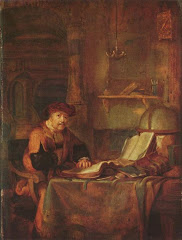